Top of the mornin’ to you!

Top of the mornin’ to you!

As our unemployment crisis continues to escalate, more South Africans are casting their eyes towards European countries such as Ireland, Finland and Malta, as an alternative to more common territories such as the UK, Australia, New Zealand, and USA. While there tends to be more public information and attention available on the latter, the prospect of working in Ireland is quite exciting, especially since there is so much more to discover and unpack!

Kwena Offshore are currently searching for experienced Electrical Engineers looking to take the leap into the Republic of Ireland over the next five years. As a full projects-based service provider, the successful candidate will be assisted with full mobilisation services to make the transition more convenient.

For more information about the job spec, visit our recruitment services  job portal or submit your CV to rikus@kwena.net  While Kwena Offshore takes care of your logistical requirements, here are 10 fun facts about Ireland that will help dispel a few myths that will blow your mind: 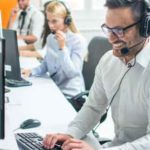 We use cookies from third party services to offer you a better experience. Read about how we use cookies and how you can control them by clicking here.